Just when you thought it was safe to go back outside here comes a summer issue of FCT. Apologies for the long absence. In this issue, Laetitia, Wislawa, Gill, Ida and Orhan. Speaking of Orhan Pamuk, this is what he wrote in Snow, “How much can we hope to understand those who have suffered deeper anguish, greater deprivation, and more crushing disappointments than we ourselves have known?” Not nearly enough, Orhan.

1. Laetitia Sadier | Find Me the Pulse of the Universe

laetitia sadier ~ she is french.

2. Wislawa Szymborska | The End and the Beginning 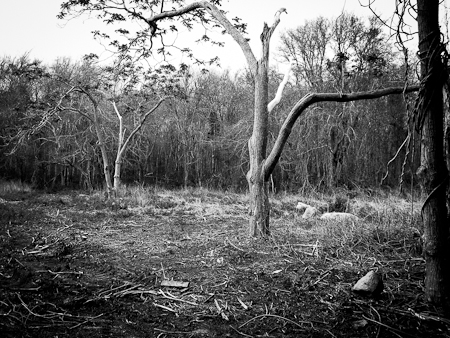 The End and the Beginning

After every war
someone has to clean up.
Things won’t
straighten themselves up, after all.

Someone has to push the rubble
to the side of the road,
so the corpse-filled wagons
can pass.

Someone has to get mired
in scum and ashes,
sofa springs,
splintered glass,
and bloody rags.

Photogenic it’s not,
and takes years.
All the cameras have left
for another war.

We’ll need the bridges back,
and new railway stations.
Sleeves will go ragged
from rolling them up.

Someone, broom in hand,
still recalls the way it was.
Someone else listens
and nods with unsevered head.
But already there are those nearby
starting to mill about
who will find it dull.

From out of the bushes
sometimes someone still unearths
rusted-out arguments
and carries them to the garbage pile.

Those who knew
what was going on here
must make way for
those who know little.
And less than little.
And finally as little as nothing.

In the grass that has overgrown
causes and effects,
someone must be stretched out
blade of grass in his mouth
gazing at the clouds.

Wislawa Szymborska Do you not love her face?

The fct guy reads The End and the Beginning

Meet New York City based Gil Blank — such an interesting photographer. This is as good place as any to start>>

Have a look at his photographic series based in Portland, Maine>>

Read into the wee hours — look at all these essays>>

From an interview with the photographer Wolfgang Tillmans:

WT: “I like the idea of the photograph as something that joins me to the world, that connects me to others, that I can share. I can get in touch with somebody when they recognize a feeling: “Oh, I felt like that before. I remember jeans hanging on the banister, even though I’ve never seen that exact pair. I’ve seen my oranges on a windowsill.” It’s the sense that “I’m not alone.” That’s the driving force behind sharing these things—that I want to find connections in people. I believe that every thought and idea has to be somehow rendered through personal experience, and then generalized.”

“We could die here and nobody would ever know.” That’s Orhan Pamuk in a lively Paris Review interview. Well worth your time.

Choice excerpt: Although I was raised in a crowded family and taught to cherish the community, I later acquired an impulse to break away. There is a self- destructive side to me, and in bouts of fury and moments of anger I do things that cut me off from the pleasant company of the community. Early in life I realized that the community kills my imagination. I need the pain of loneliness to make my imagination work. And then I’m happy. But being a Turk, after a while I need the consoling tenderness of the community, which I may have destroyed. Istanbul destroyed my relationship with my mother—we don’t see each other anymore. And of course I hardly ever see my brother. My relationship with the Turkish public, because of my recent comments, is also difficult.

I want those shoes, that’s all I can say. Ms. Ida is a bit of a national treasure. Now please watch this. (This video won’t work on iPad/iPhone. Desktop only.)