Coffee is for Closers

Great photography is one of life’s true pleasures and thanks again to HY, Five Cool Things introduces you to a vast resource of great art by some of the best image makers who have ever lugged a camera. Letters of Note manages to collect and display some of the world’s most interesting letters. Too many jazz musicians took an early leave, which makes remembering all the more important. In marketing there’s stratergery – and there’s tactics. Know thy difference. Don Draper and William Esty can only wish they’d come up with this slogan. “Tobacco and alcohol, delicious fathers of abiding friendships and fertile reveries.”  ~ Luis Buñuel 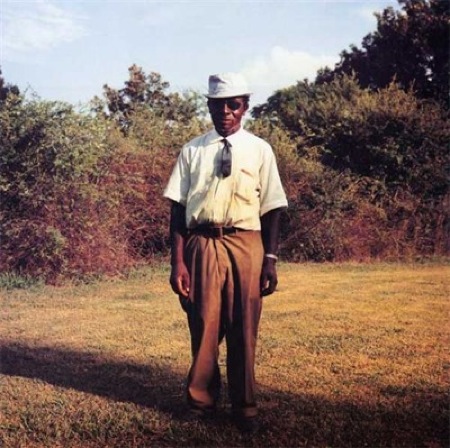 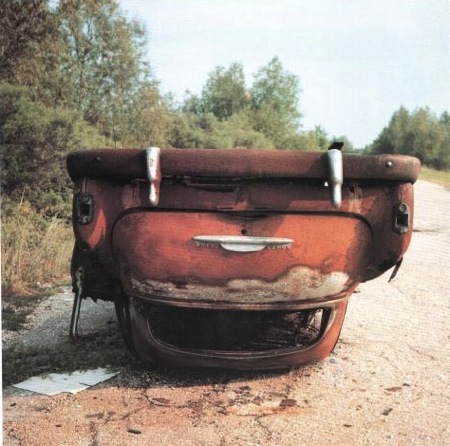 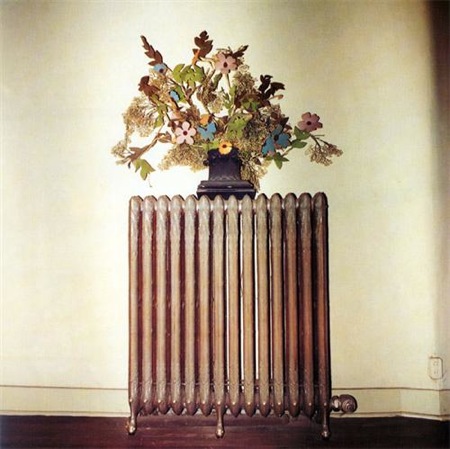 “We like to think ourselves practicing mystagogues, but we will not abide.” This excerpt is from Bruce Wagner’s introductory essay to William Eggleston’s book 2 1/4. Photos and a portion of the essay can be found at the most amazing fine art photographic website ever. American Suburb X is cool, wide ranging, ambitious and a great contribution to our love and understanding of this art form.

The essay is titled, Mystagogue. A further excerpt:

“These form the diary of our days. Bill Eggleston has spent a lifetime composing a different calendar, and in that sense, each of his photographs is a numbered day–our days are numbered–and together, they make a wall calendar of mystery that might hang in the very garages of Mr. Eggleston, in a natty undertaker’s suit, might stumble upon midst his meanderings. We can speak of the nature and theory of photography, its philosophy, its formality and offhandedness, the random solemnity and theorem of arbitrary borders and cropped fields; we can even speak of the fabled, magical mundaneness of Mr. Eggleston’s cars–some bright, some husks–and merciless, merciless facades, his unapologetic faces and deadpan dogs, his bright-dark trees and monolithic, colored, geomantic vision (colors at once faded and vivid), urban and country. but what do these things tell us, collectively?”

The book is available at Amazon. Visit William Eggleston’s website and see more of his beautiful, finely seen work.

History in the 1st Person

ear it is not easy to write because of the cold — 70 degrees below zero and nothing but the shelter of our tent — you know I have loved you, you know my thoughts must have constantly dwelt on you and oh dear me you must know that quite the worst aspect of this situation is the thought that I shall not see you again — The inevitable must be faced — you urged me to be leader of this party and I know you felt it would be dangerous — I’ve taken my place throughout, haven’t I? God bless you my own darling I shall try and write more later — I go on across the back pages.” From ~ To My Widow, Robert Falcon Scott

Reader, Captain Robert Scott did make it to the South Pole, but did not return. Even worse, he was beaten to the Pole by Roald Amundsen, who did return. Letters of Note is the brainchild of freelance writer Shaun Usher. It’s an ever-growing index of famous and not so famous letters — from James Brown, Iggy Pop, Ernest Hemingway (on the crazed Ezra Pound) and Gene Roddenberry of Star Trek fame among many others. Here is a Mark Chapman letter where he writes, “On December 8, 1980, I shot and killed John Lennon.” Then he tries to learn the value of a signed copy of Lennon’s final album, Double Fantasy. 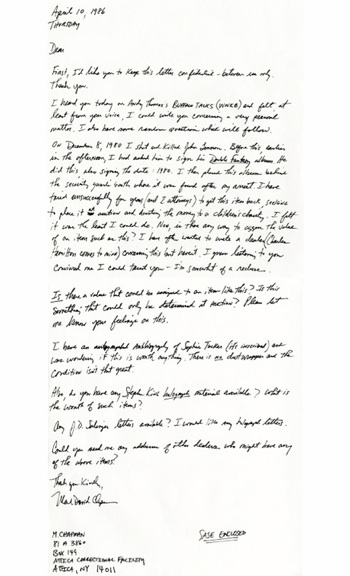 3. A New Pandora Station For You | Jazz Guitarist Emily Remler 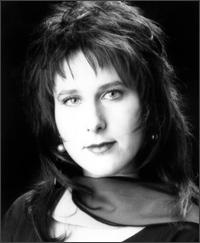 “I may look like a nice Jewish girl from New Jersey, but inside I’m a 50-year-old, heavyset black man with a big thumb, like Wes Montgomery.”

Listen to Emily Remler Play ~ In a Sentimental Mood

She was Downbeat Magazine’s Guitarist of the Year for 1985. She played with Astrud Gilberto and Nancy Wilson among others. Originally from New Jersey, she died at age 32 of heart failure possibly a result of a heroin addiction.  A site dedicated to her can be found here>>

4. Marketing Without Strategy is the Noise Before Failure | Duct Tape Marketing

I’m going to have to start paying John Jantsch of Duct Tape Marketing for all his good ideas. And he’ll have to pay me back for all the links and publicity. Here’s the latest gem:

Now each of these strategies will have a corresponding list of tactics and action steps, but the action plans and campaigns will all have your stated strategy as a filter for decision making and planning.”
Read the entire post

5. Until Mad Men Returns | “Winston Tastes Good Like a Cigarette Should”

Until Don and Peggy and Roger return on July 25th, here’s a hit of ad dope for you. “Winston” began in 1954 and ran until 1972. (Weren’t we at war then too?) The slogan was wildly successful and controversial what with the use of “like” as a conjunction. But! In 1961 Merriam Webster refused to condemn the use of “like” as a conjunction and thus Western civilization began its long, slow descent. The ad was developed by the William Esty Ad Agency. The Flintstones and the Beverly Hillbillies helped sell Winston cigarettes and the ad campaign was unique in that it was targeting American Jews and African Americans as well as Caucasians.