Agreat writer pens an essay on fear in America. Meet a Seattle artist obsessed with light, magic and the everyday. The working mom who invented software. So many podcasts and one great app. Wherever you are, the rain makes its own sound. How could you not love this. “Come into the light of things. Let nature be your teacher.”

The Pulitzer Prize winning author of Gilead, Marilynne Robinson has been chatting with President Obama lately and has written an essay about fear in America. She writes, “Fear operates as an appetite or an addiction. You can never be safe enough.” Robinson’s prose is absolutely gorgeous. Excerpts below: 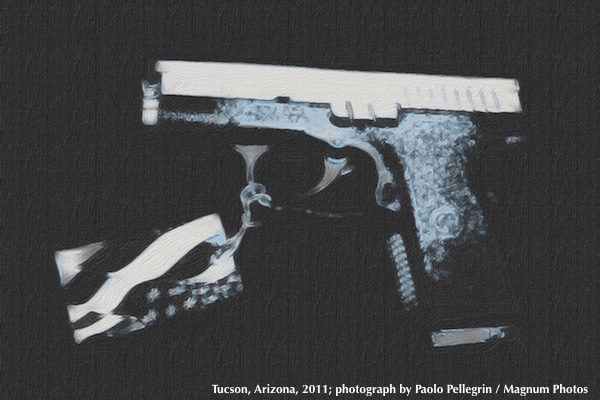 “…So, concealed carry. The gun lobby has made its product socially acceptable by putting it out of sight, issues of cowardice notwithstanding.

The next thing to do is to stockpile weapons. Buy gold from that man on TV, maybe some of that dried food, too. Prowl around in the woods with people who share your views. Some pretty intense bonding goes on, swapping fears around a campfire, as any girl scout can testify. And keep an eye out for traitors, active or passive, intentional or not. Who can say, after all, that the Christians did not turn the gods against Rome, that the Cathars did not kill souls, that witches did not cast spells, that Jews did not poison wells, that Gypsies did not steal infants, that a Republican president did not send English majors to graduate school as part of a scheme to soften the national resolve? It is notoriously impossible to prove a negative.”

And there’s this on Christianity, nationalism and dissent,

“Something called Christianity has become entangled in exactly the strain of nationalism that is militaristic, ready to spend away the lives of our young, and that can only understand dissent from its views as a threat or a defection, a heresy in the most alienating and stigmatizing sense of the word. We are not the first country where this has happened. The fact that it was the usual thing in Europe, and had been for many centuries, was one great reason for attempting to separate church and state here.”

You can read more here >>

As you can see, my friend, the photographer Terry Reed, is one gorgeous picture maker. I’ve thought a lot about what makes his work so arresting. So did the legendary art critic Hilton Kramer, in the New York Times. Kramer was talking about Celebrations, the last show curated by Minor White at MIT. Included were Emmit Gowin, Imogen Cunningham, Mark Riboud and others. 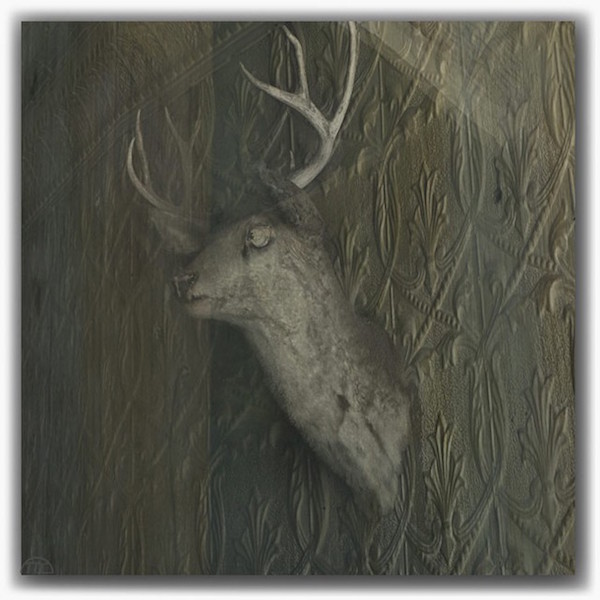 For Reed, the makings of an image are almost always present. A mingling of textures and surfaces; an unusual thing, shape or event. Light. Beauty. Humor. Ambiguity or mystery. There’s always something to work with. Should the world not provide, Reed invents.

Which may explain the title of his show (details in sidebar) this month in Ballard, Novel Light. Oh, and he pens stories that travel with his images. 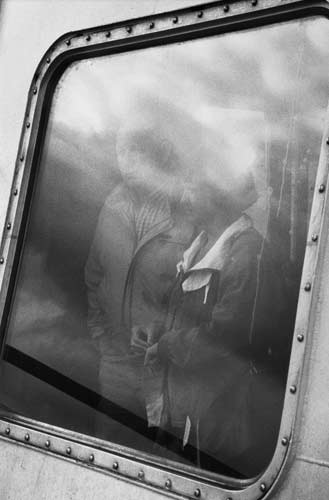 Have we talked about him being a phenom on Instagram? Indeed it is so. You should follow him. He’s @terphoter. 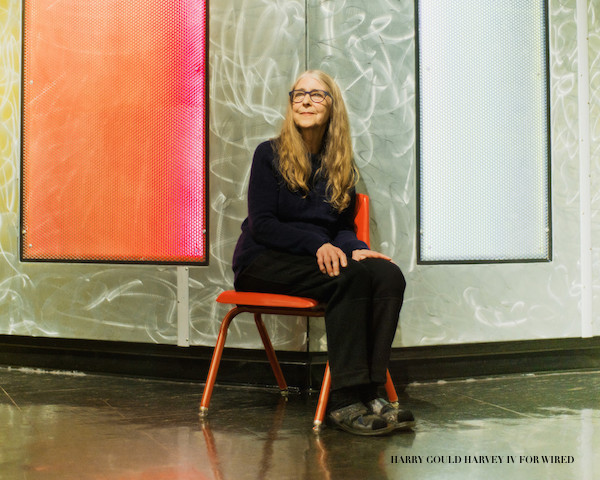 Thought exercise. As you read this, consider the software that made it possible for 5CT to appear on your device. Now hold that thought. Next, consider the (too few) women who work in technology. Finally, have a look at where it all began. Over at Wired, Robert McMillan has the story of one woman and a trip to the moon. It begins…

MARGARET HAMILTON WASN’T supposed to invent the modern concept of software and land men on the moon. It was 1960, not a time when women were encouraged to seek out high-powered technical work. Hamilton, a 24-year-old with an undergrad degree in mathematics, had gotten a job as a programmer at MIT, and the plan was for her to support her husband through his three-year stint at Harvard Law. After that, it would be her turn—she wanted a graduate degree in math. 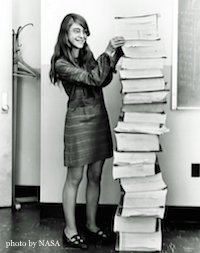 As a working mother in the 1960s, Hamilton was unusual; but as a spaceship programmer, Hamilton was positively radical. Hamilton would bring her daughter Lauren by the lab on weekends and evenings. While 4-year-old Lauren slept on the floor of the office overlooking the Charles River, her mother programmed away, creating routines that would ultimately be added to the Apollo’s command module computer. (That’s her standing next to her source code.)

How Margaret Hamilton got Apollo astronauts back home after a mistake >> 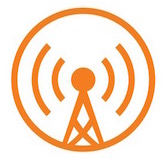 A very cool podcast app for iPhone by Marco Arment. While we’re talking podcasts, there’s so much good stuff now. From Slate there’s Political Gabfest and the Culture Gabfest. Fairly new is  The Axe Files, with David Axelrod, current head of University of Chicago’s Institute of Politics and you know who’s political guru. Your correspondent is also digging a three-part Pema Chodron podcast on the Myth of Freedom.   (“We’re given choices every moment of our life to wake up further or go further to sleep.”) Radio 4 from the BBC has a wide selection and In Our Time features some pretty interesting discussions — Kafka’s The Trial, Adam Smith, Dark Matter, etc.

Sounds of Rain, by Josephine Livingstone 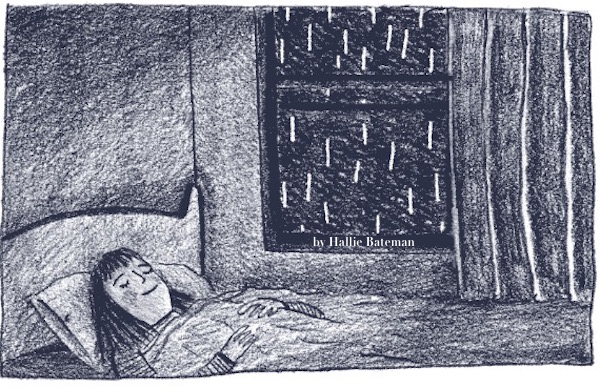 This lovely-as-a-summer-squall essay / collaboration came via the Culture Gabfest podcast. Josephine Livingstone is a writer and academic, and also the Marketing Director at n+1. The illustrator is Hallie Bateman. The entire (and brief) essay is lovely. I urge you to read the whole thing. (At the end of this piece is a bonus — another collaboration between Josephine and Hallie) Enjoy…

When I woke up in the middle of the night that joined Monday to Tuesday, I only had a few hours left to sleep, but didn’t. The rain was back!

Spring rain in England happens often. It is a sweet bright sprinkling in the inkling of warm weather, still very cold but landing on blossom rather than bare branches. Attempt to eat in a park and grey clouds will roll over your April lunch break, determined to spatter your sandwich. Watch it through your office window instead, dreaming about your summer holidays and forgetting that this, the green and tender knife-edge of the year, is already perfect. Sleeping under this rain is a bit over-exciting and you may well become tired and stressed. If you have big exams coming up, try to read a detective novel until you get drowsy, then let the imagined pressure of the drizzle bash you gently to sleep.

This is driving rain, happening across a grey car park. It is boring, but only because you are a teenager. You try to stay awake to fume about everything but get lulled against your will. You can’t stay angry forever. The rain smothers and traps and soothes you in exactly the same way your big and crazy extended family does, so get used to it.