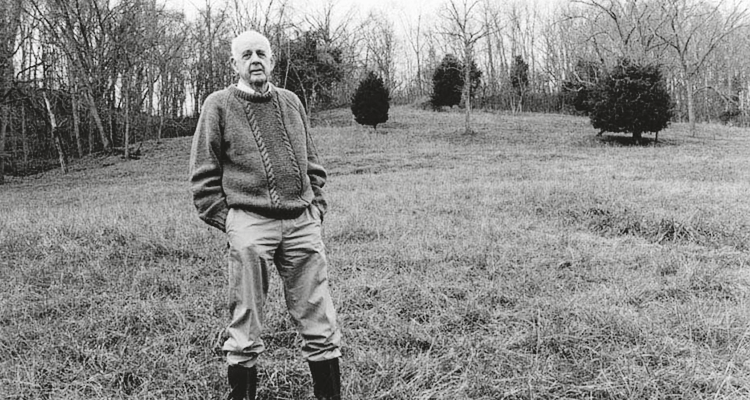 The Peace of Wild Things

by Wendell Berry
When despair for the world grows in me
and I wake in the night at the least sound
in fear of what my life and my children’s lives may be,
I go and lie down where the wood drake
rests in his beauty on the water, and the great heron feeds.
I come into the peace of wild things
who do not tax their lives with forethought
of grief. I come into the presence of still water.
And I feel above me the day-blind stars
waiting with their light. For a time
I rest in the grace of the world, and am free.

In his 2012 Jefferson Lecture for the National Endowment for the Humanities, Berry articulated this beautiful notion that ties imagination to connection and affection…

I will say, from my own belief and experience, that imagination thrives on contact, on tangible connection. For humans to have a responsible relationship to the world, they must imagine their places in it. To have a place, to live and belong in a place, to live from a place without destroying it, we must imagine it. By imagination we see it illuminated by its own unique character and by our love for it. By imagination we recognize with sympathy the fellow members, human and nonhuman, with whom we share our place. By that local experience we see the need to grant a sort of preemptive sympathy to all the fellow members, the neighbors, with whom we share the world. As imagination enables sympathy, sympathy enables affection. And it is in affection that we find the possibility of a neighborly, kind, and conserving economy.

Farmer, author, and activist Wendell Berry is a voice of wisdom and love for this place we call home. His poem is offered here as a prayer for Paris-COP21. They (and we) need all the help they can get.

The address where Patti Smith and Robert Mapplethorpe camped out in their early years in New York is as follows: unity. empty. remind. It is also 160 Hall Street. It seems most of the world is missing something many of us take for granted: an actual working address. So the brilliant London-based startup what3words mapped the entire planet into a global grid of 57 trillion 3m x 3m squares and named every single one of them. How did they name them? With a string of three simple, unique words. Headquarters for 5CT is: faster. export. store. I hope your address is as rich in irony as the Smith/Mapplethorpe residence, find out here >>

‘Around 75% of the world (135 countries) suffers from inconsistent, complicated or inadequate addressing systems. This means that around 4 billion people are invisible; unable to report crime; unable to get deliveries or receive aid; and unable to exercise many of their rights as citizens because they simply have no way to communicate where they live.’ 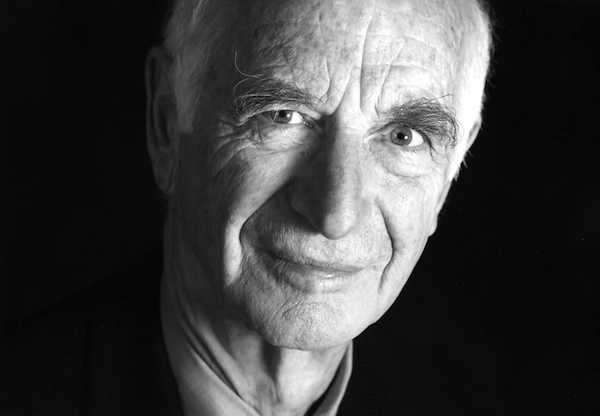 Such sweet irony. The great Jungian psychologist, cultural critic, best-selling writer and sharp-eyed iconoclast, James Hillman grew up in Atlantic City, New Jersey. Proving geography is destiny. Hillman is famous for a subversive intellect and his acorn theory (derived from Plato) that says you come into the world with a destiny, although he (Plato) uses the word paradigm instead of destiny. And, that there is an individual image that belongs to your soul.

Hillman says most cultures have a tradition that accounts for destiny —

“…the same myth can be found in the kabala. The Mormons have it. The West Africans have it. The Hindus and the Buddhists have it in different ways. Native Americans have it very strongly. So all these cultures all over the world have this basic understanding of human existence. Only American psychology doesn’t have it.”

On the role of individuals and teachers on children and their destiny,

“What I try to point out is the role an ordinary person can have in seeing the child’s destiny. You have to have a feeling for the child. The filmmaker Elia Kazan’s told stories of how his teacher “took to him.” She said to him, “When you were only twelve, you stood near my desk one morning and the light from the window fell across your head and features and illuminated the expression on your face. The thought came to me of the great possibilities there in your development.” She saw his beauty.

We need to get back to trusting our emotional rapport with children, to seeing a child’s beauty and singling that child out. That’s how the mentor system works — you’re caught up in the fantasy of another person. Your imagination and theirs come together.”

“Everything that everyone is afraid of has already happened: The fragility of capitalism, which we don’t want to admit; the loss of the empire of the United States; and American exceptionalism. In fact, American exceptionalism is that we are exceptionally backward in about fifteen different categories, from education to infrastructure. But we’re in a stage of denial: we want to re-establish things as they used to be, to put the country back where it was.”

We haven’t looked at the word freedom closely enough. A bigger idea is that freedom is an inner freedom from “demand” itself,

“…think of the kind of freedom that (South African president) Nelson Mandela must have experienced when he was imprisoned. He completely lost his freedom in the outer world, yet he found freedom within. That’s an example that broadens our current limited idea of freedom: that I can do any goddamn thing I want on my property; that I am my own boss and don’t want government interference; that I don’t want anybody telling me what I can and can’t do; that we’ve had too much regulation, and so on. This is the freedom of a teenage boy.”

A great primer on Hillman from a Guardian obituary >>

The dateline was Boston, January 6, 2002. Beneath this Boston Globe headline—Church Allowed Abuse by Priest for Years—the first of 600 stories began this way —

Since the mid-1990s, more than 130 people have come forward with horrific childhood tales about how former priest John J. Geoghan allegedly fondled or raped them during a three-decade spree through a half-dozen Greater Boston parishes.

Written by Michael Rezendes, this was the unfolding of a three-decade nightmare exposed by a team of journalists at the Boston Globe, rocking the Catholic Church. Aptly known as the Spotlight team, they are now the focus of a powerful and flawless film.

The outcome of the story may be well known, but Mr. McCarthy and his superb cast generate plenty of suspense along the way, and the idiosyncratic humanity of the reporters keeps the audience engaged and aware of the stakes. During the climactic montage — the presses humming, the papers stacked and baled, the trucks rumbling out into the morning light — my heart swelled and my pulse quickened, and not only because I have printer’s ink running through my veins. Journalists on film are usually portrayed as idealists or cynics, crusaders or parasites. The reality is much grayer, and more than just about any other film I can think of, “Spotlight” gets it right.

Ed. note: Several of the most notorious characters in this story prowled the very streets, churches and neighborhoods of your correspondent’s hometown. The degrees of separation in this instance were just enough. Do yourself a favor and check out this short video with the actors, journalists and survivors >>

5.
Thrilling to the voice of Jhumpa Lahiri 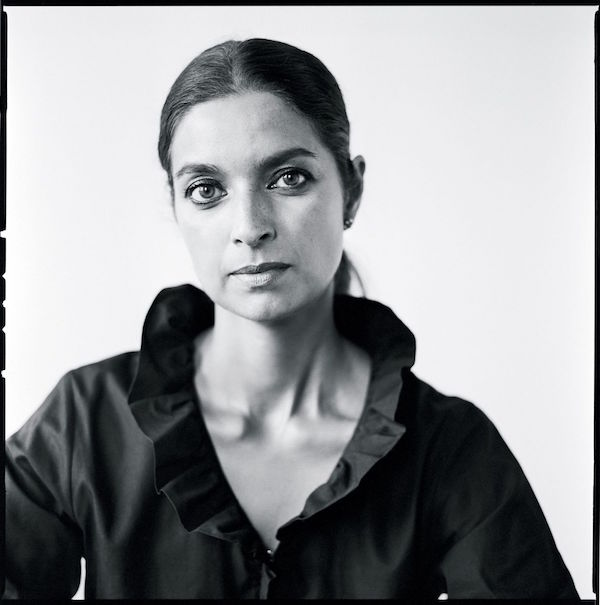 How often have you read a magazine piece and found yourself thrilled and rapturous, wanting to read its passages out loud to your beloved, all the while plotting your trip to the bookshop so you can have as your own this writer’s work? Jhumap Lahiri’s Teach Yourself Italian in the recent New Yorker is that thing you want to tell lovers and strangers. A drop dead gorgeous journey into one woman’s travels into another language. The story unfolds across two countries and four movements, Exile, The Conversations, The Renunciation, The Diary, The Metamorphosis. Lahiri takes you along as she asks herself (and answers) some questions about becoming a writer in a language that is not her first. “Why am I fleeing? What is pursuing me? Who wants to restrain me?”

“The most obvious answer is the English language. But I think it’s not so much English in itself as everything the language has symbolized for me. For practically my whole life, English has represented a consuming struggle, a wrenching conflict, a continuous sense of failure that is the source of almost all my anxiety. It has represented a culture that had to be mastered, interpreted. I was afraid that it meant a break between me and my parents. English denotes a heavy, burdensome aspect of my past. I’m tired of it.”

Shortly before I began to write these reflections, I received an e-mail from a friend in Rome, the writer Domenico Starnone. I had been in Rome for a year. Referring to my desire to appropriate Italian, he wrote, “A new language is almost a new life, grammar and syntax recast you, you slip into another logic and another sensibility.” How much those words reassured me. They contained all my yearning, all my disorientation. Reading this message, I understood better the impulse to express myself in a new language: to subject myself, as a writer, to a metamorphosis.

Read this to the end, to learn how beautiful this really, truly is.  The whole thing is here, go >>