by 0 Uncategorized Permalink
The 5CT editorial staff is in love with a song from the Helge Lien Trio, from Norway. The 40th anniversary of a legendary concert just flew past on January 24th. Also in this issue, Bulgarian Demon Chasers, powerful local journalism from the vacant lots and dying shopping malls of the northeast and, the most amazing trees ever. Do you ever do this? “How often have I lain beneath rain on a strange roof, thinking of home.” ~ William Faulkner

The first couple of tracks do, in fact, put you in mind of the kind of fast-paced Jarrettisms that EST were so adept at, yet to call HLT derivative is a huge disservice. Lien’s modal approach owes as much to the original source, Bill Evans, as it does any of his fellow near-countrymen. By track three (Radio) Berg’s bowed bass propels this mysterious number into unknown territory. Like the cover image of a dark forest’s interior, this is interior music made by men who, like most Norwegians, hold a deep respect for the pristine wilderness that surrounds them.

The dancier numbers here: Troozee, Diverted Dance or Snurt, contain enough catchy riffs to make them trusted friends upon repeated listens, while on Halla Troll Lien’s use of dissonance is a fabulous counterpoint to the jagged time signature.

By the gorgeous closing In The Wind Somewhere you’ve forgotten that there ever was an Esbjorn, Brad Meldhau, Tord Gustavsen or whoever. This is a world perfectly created by Lien and his pals. Get over it and just enjoy… This famous Keith Jarrett concert was unknown to us, but thanks to 5CT subscriber TR for the great tip. The back story is a classic—a nearly perfect narrative structure with all the elements of great storytelling. An exhausted musician on tour, a teenage festival producer’s first big gig, a bad piano, an audience primed for a killer performance. What a night it was, what a night.

Kind of Weird: How the Köln Concert Made Keith Jarrett a Pop Star, by John Lingan

Jarrett was sleep-deprived and harried that night, and his mood wasn’t helped by the fact that the opera house had supplied a relatively small, poorly tuned piano rather than the Bösendorfer grand that he requested. Even after an emergency tuning, the instrument supposedly sounded like a toy, with shrieking high notes and little projection in the low registers. On the record, having passed through two microphones, the piano has an almost otherworldly sound, like it’s five stories high and made of glass. Jarrett plays it harder than he does on his other solo recordings, bashing the keys and keeping largely to the mid-range notes, perhaps out of frustration. “What happened with this piano was that I was forced to play in what was—at the time—a new way,” he explained years later. “Somehow I felt I had to bring out whatever qualities this instrument had.

This is all backstory and context, but as an album, The Köln Concert melts context, vaporizes it: Purely as music, it exists outside time and space. 5CT subscriber Gothic Horror, pointed us to these amazing photographs and suggested that your correspondent arrange to make a Whidbey Island version of these Demon Chaser ensembles. For that, please stay tuned. For now, here’s the real story:

“Kukeri is an ancient pagan ritual practiced annually across the Balkan mountain regions where local men wear carved wooden masks of beasts’ faces and hang heavy bells around their waists as they perform arcane dances,” says London-based photographer Aron Klein. The Kukeri Project is Aron’s magical and dreamlike series that consists of hypnotic images of large men in carnivalesque costumes, posing menacingly in the wintry Bulgarian mountains. These figures are intended to dispel evil spirits and protect their community from ill fortune. The project came about after Aron started working as a photographer for Meadows in the Mountains music festival in the Rhodope Mountain range between Bulgaria and Greece. “I’ve fallen madly in love with this forgotten corner of Europe with its tiny villages, steeped in ancient folklore and mysterious traditions,” he tells It’s Nice That.


They say (whoever they are) that local journalism is in dire straits. They are right. There’s been a savage hollowing out of local newspapers with no end in sight. However, there are still glimmers of great work being done. After the recent State of the Union, the Democratic Party response was given from Fall River, Mass, your correspondent’s hometown. With a search of the local paper, The Herald News, came the discovery of Marc Monroe Dion and his column, Livin and Dion. Amazing video by a guy who is channeling the greats.

Marc Monroe Dion is so good we thought you’d want to read this, too.

America is a “nation of immigrants,” and “diversity is our strength.”

The overused phrases are like pennies with the date worn smooth.

Here in Fall River, we have always been right at the grinding, pushing, moving, intermarrying, confusing, “This customer doesn’t speak English. Get Frank to come out here” end of immigration.

I’ve been in Fall River corner stores when three languages were being spoken simultaneously. I’ve used my half-forgotten French-Canadian dialect to interpret for a Haitian lady who was having a little trouble in the Stop & Shop checkout line.

Immigration isn’t a political theory in Fall River. In Fall River, immigration is your grandmother’s accented English, the way the Pakistani-born corner store owner talks. It’s the Cambodian food your new son-in-law’s family eats. It’s your girlfriend talking to her sisters in Spanish.

People come here running, fleeing a war in Syria, a famine in Ireland, poverty and a fascist government in the Azores, too many kids and too small a farm in French Canada, the pogroms of Russia, the hunger of Poland. Everybody shows up here panting and unprepared, broke and scared, fodder for the lowest-paying employers.

You don’t come here because things are going good at home. How do you think your Irish ancestors looked when they came off the boat, gabbling in Gaelic, ragged, hungry and clannish?

When you get here, the others from your country who are already here welcome you. Everyone else wishes you’d go home because you can’t speak English, your food smells funny and you’re “taking all the jobs.”

On my mother’s side of the family, the first Munroes arrived in North America in the 1600s They showed up in chains, captured by the British after a failed Scottish rebellion. By every law, they were traitors, criminals. One of their descendants is believed by some historians to have fired the first shot in the American Revolution. The Dion side of my family came to Fall River around 1900. They were illiterate, as unpromising a group of people as ever came to America.

When you get to America, most likely one of the people you meet is the old, native born man who doesn’t mind telling you that you’re ruining the country or ruining the city, or “taking over,” or not learning English fast enough. Sometimes he’s the guy who hires you to work in his factory or his warehouse. Sometimes, you landscape his yard, or work in his hotel. He makes fun of the way you talk. He calls you names. He thinks you’re stupid. He never learns to pronounce your last name because he never tries.

We elected that guy president.

And now, in Fall River, where immigration is not an abstraction, we face the fact that we did not come here from “good” places. If they had been good, we would not have left, or our families would not have left. And we hark back to the words of poet Emma Lazarus, who called those who came here, “wretched refuse,” but who knew it was a term of pride. It was what you were because it was how others saw you, but it wasn’t what you would become, what your children and grandchildren would become.

I am the proud descendant of traitors and illiterates, of the unskilled and the uneducated, those who came here from someplace worse or were dragged here in chains. None of us were a good bet. After all, we’d already messed things up at home. What made anyone think we’d do any better in America?

They came from some potatohole in Ireland some snowhole in Quebec, some favashole in Portugal, some bucket of borscht in Russia, some hummushole in Lebanon, and the first thing they learned in America was the insulting name they were called by the people who owned the country.

It’s still happening, and it will probably always happen because the instinct of people to call other people names cannot be bred out of the species. Communications improve, but people do not, and what you used to spray paint on a wall, you now spatter on Twitter. Bigotry will hitch a ride on anything that travels.

Welcome to America. The country is such a hillbillyhole that you can’t quote the president in a family newspaper. “Portraits of Time” is a series of portraits of ancient trees from around the world that explores time and survival, celebrating the wonders of nature that have endured throughout the centuries. This fourteen-year project has taken me on an exhilarating journey to many parts of the United States, Europe, Asia, the Middle East, and Africa.

The criteria I use for choosing particular trees are: immense size, great age, and notable history. Locations are researched by a number of methods: history books, botanical books, tree registers, newspaper articles, and information from friends and fellow travelers.

Few of these trees have signposts or any markings/recognition. Indeed, they often grow in unexpected places, seemingly unaware of their surroundings, as if they exist in another world. Many of the trees I have photographed have survived because they are out of reach of civilization; on mountainsides, private estates, or on protected land. Certain species exist only in a few isolated areas of the world. For example, there are six species of baobabs found only on the island of Madagascar, and the mythical dragon’s blood tree grows only on a tiny island in the Arabian Sea. THAT’S IT. THANK YOU.

TREAT YOURSELF TO 5CT 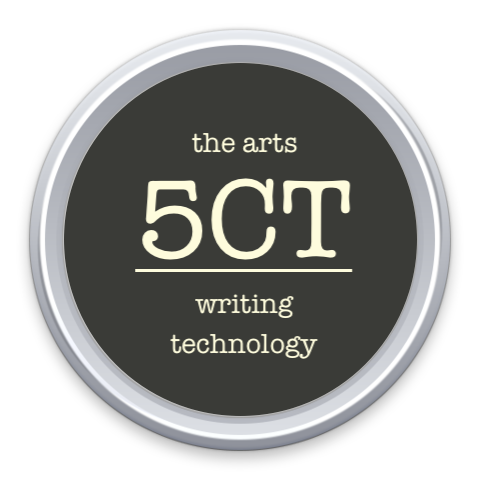 5CT is a free! curatorial exuberance, a liturgy of art and literary loveliness, a dash of tech, a sparkle of Sunday wonderment from Lucid Content.